Matkaajat: Nadine and the Best Experience in Life 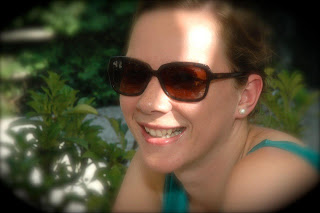 This time we email interviewed Nadine, who was also a part of our Mt. Kinabalu Summit team.

Who are you and where do you come from?

My name is Nadine Simoen, 24 years old and I’m from the Netherlands, living in Rotterdam. I just graduated last year in Sports Marketing (Bachelor of Commerce) and when I’m back home (which is already the 4th of May) I have to look for a job and hopefully I will find one in the sports business.

What are you doing in Southeast Asia?

After graduation I really wanted to travel around and I chose Southeast Asia. So I’m backpacking together with my friend Lisa for total of 4 months, including countries like Vietnam, Laos, Cambodia, Thailand, Malaysia and Indonesia.

What has been the best place you’ve been in or the best experience you’ve had so far in Southeast Asia?

It’s hard for me to name just one place or one county because I think every country has something special to offer.

But there are definitely some highlights. In Vietnam I really liked Hoi An. The place is really cute and picturesque, and the atmosphere is really nice. For me it was really special because I was there during TET (Chinese New Year). After the fire show at 12 o’ clock we ended up drinking and dancing with some locals and other tourists. Great experience!

Next best place in Vietnam was Sapa where I did trekking for 2 days through the mountains and rice fields. Amazing landscape and we had a really nice guide who explained their way of living. For example she was sent to the marriage market when she was 15 years old.

In Laos I had a really great time in Vang Vieng. After one month of traveling through Vietnam it was really nice to be stuck in one place to party and meet other people.

I thought Cambodia was really impressive because of its history. In the first two months I started reading about the Khmer rouge. Visiting the Killing Fields was really special experience. I was traveling with three other people. We visited the fields for 3 hours and we hardly said anything to each other. It’s a really sad story and you’re definitely going to imagine the impact which it had and still has on the country.

I really liked the northern part of Thailand. One of the highlights was a scooter trip from Pai to Chiang Mai for about 5 hours. Great scenery! And of course the islands in Thailand were amazing. One of the best experiences over there was getting my Open Water certificate. And great food! I love Pad Thai!

I also went to the Full Moon Party, which was the best party in South-East Asia. We just overstayed our visa for that and it was definitely worth it. After lot of partying on the other Islands it was relieving to finally hear some good music, and with thousands of people on the beach dancing till sunrise - an experience you never forget.

In Malaysia I really liked the states at Borneo. The people were really open and friendly. And of course the best experience over there was climbing the Kinabalu Mountain. I was so exhausted and I barely could move my legs afterwards but the experience of climbing the mountain in the middle of the night and waiting till sunrise was really nice.

And now I’m in Indonesia and I think Indonesians are the friendliest people I’ve met in Asia. Because Indonesia is an old colony of the Netherlands a lot of Indonesians are able to speak a little bit of Dutch and they still use some Dutch words in their language.

But the best experience in Indonesia was visiting the Gili Islands. That place is a paradise above and under water! We went diving there and we saw so many turtles!

So as you can read I can’t choose one best experience.

Where are you heading next and why?

I’m going home on the 4th of May and I’m really sad about that. Why? I have no money on my bank account left. Otherwise I would continue traveling for a very long time.

Do you have some kind of a philosophy when traveling?

Live your life and explore the World are the philosophies that fit me the best, I guess. I’ve never really thought about it.

What is the best thing in traveling?

One of the best things during traveling is meeting other people from all over the world including the local people. You will learn a lot of interesting things about cultures. From saying cheers in all kind of languages till the more important things (Killing fields for example).

You will see different foods and different drinks. I’m in love with Thai and Indonesian food. And of course you will try another beer in each country.

Traveling gives you the opportunity to explore things you can’t do in your own country, or at least those experiences are just not as good. I’m a big fan of adventure sports and the Netherlands is flat and cold and has not much to offer for that part. Sports I’ve tried in Asia are canoyoning, rock climbing, mountain biking, mountain climbing, diving, rafting and surfing.

Your best traveling tips for our readers?

Don’t bring too much stuff. My backpack weighted 20 kilos and that was too much.

The Lonely Planet is a good guide but don’t use it all the time. It is really nice to explore the things by yourself as well.

Don’t plan your trip from day to day. Your planning never works out or at least mine doesn’t. Take your time to visit each country. If you don’t have much time, decide to visit fewer countries than rushing and taking night buses all the time.

One of the best purchases beforehand is a travel pillow. It's a good thing to have for night buses.  Some hostels are not as clean as you thought when you were checking the room. Earplugs for snoring men in dorm rooms.

Buy some good gloves if you’re climbing a mountain!

Your greetings to Finnish people?

You Finnish people have to come to Asia, because I only met a few of you and that’s a shame. You’re really nice people and I would like to say kippis more often since that is the only Finnish word I know.

Never doubt about traveling for a long time, it’s the best experience in your life.
Kirjoitellut Jani Wahlman klo 19.26